As of 2015, 320 million people are living in the U.S. with an estimated 80 million pet dogs. Being a pet waste removal company, the first thing we think of is, “That’s a lot of poop!” (And it is – about 21 billions pounds produced from dogs every year).

Thankfully it is not our job to scoop all of America, but to focus on the beautiful mountainous city of Asheville, NC as well as its surrounding areas. So just how much dog poop is in Asheville?

For a quick rough estimate, you can assume that there is one dog for every three people, making an increase of 300 dogs per year leading up to a current 29,000 dog population.

Unfortunately, most communities do not have data on the number of households that own dogs, cats, birds, or horses, or exotic animals.

Luckily, the American Veterinary Medication Foundation (AVMF) provides formulas to the public that allows us to better approximate the town’s pet population. The formulas are based on U.S. averages, so although not 100% accurate, they are still helpful to give us a better idea for what we are dealing with.

According to a 2012 study led by the AVMF, it was found that an estimated 36.5% of households in the U.S. own dogs, and within those homes, an average of 1.6 dogs reside. It is also known that on average one dog excretes .75 lbs a day leading up to 275 lbs per year – information provided by the Environmental Protection Agency (EPA).

Using these statistics, all we need to plug into the equation is the number of households that exist in Asheville – 37,380 2015 (given by the U.S. Census Bureau) and we can find just how much doggie doo is being done. 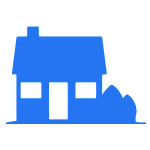 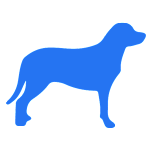 Step 2: Calculate the number of dogs 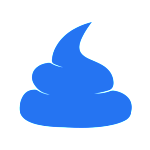 Step 3: Calculate the amount of dog waste output for one year

Alarmingly this does not even include the waste that comes from strays or our local animal shelters that can easily contribute another million pounds in one year.

So what does this number mean for us?

We humans need to understand that although we love our dogs very much, what comes out of them should be kept as far away as possible.

The EPA has officially stated that dog waste is a toxic pollutant with each gram containing a startling 23 million bacteria. To put that into a more understandable perspective, dog waste contains double the amount of bacteria compared to human and cow manure.

There is a large number of parasites that can exist in their poop at any given time, not only possessing the ability to reinfect your dog, but spread to your human family as well.

Not only can dog waste be a large source of contagions, it can also: 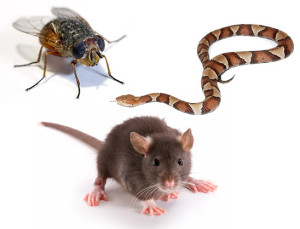 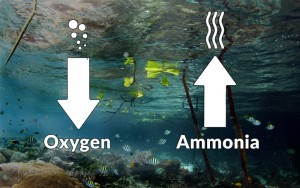 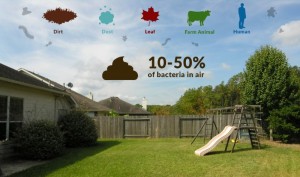 While other animal populations are kept low due to the circle of life, our pet dogs and their waste have risen considerably, greatly increasing our exposure to the feces’ toxicity.

Here you can get a clear picture of just how much more waste we are dealing with in recent years. In a natural ecosystem (shown on the left), there should be about two dogs per square mile, but in modern, more urban areas – much like the city of Asheville (shown right), there is estimated 125 dogs per square mile. 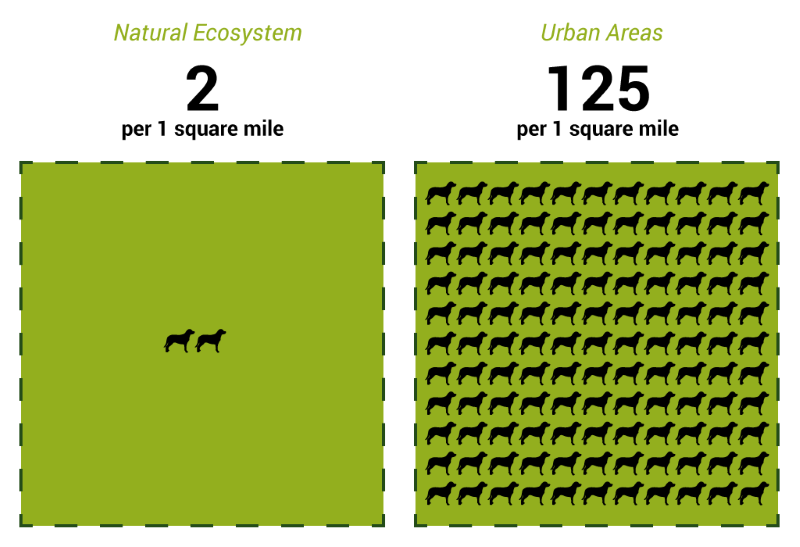 The bottom line is while our population keeps rising, so will our population of pets, but of course that is a not such a bad thing! We should continue to keep adopting and rescuing the lives of dogs in need – we just need to be aware of our responsibilities and keep up with the increased waste.

That is why Pet Poo Skiddoo strives to keep our Asheville community clean, offering services to both residential and commercial areas.

So just how much dog poop is in Asheville?
Tagged on: poop statistics