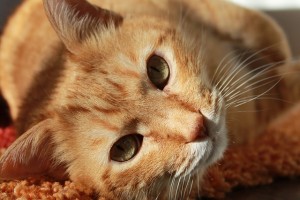 I am sure many of us have heard that pregnant women should not clean litter boxes. Is this true? And if so why? This article takes a look at the common parasite “Toxoplasma gondii”, which is at the source of the claim.

Toxoplasma gondii is a protozoan (single-celled) parasite that can cause Toxoplasmosis in any warm-blooded animal, bird, and human. It is one of the most common parasitic diseases in the United States and it is estimated that 22.5% of the population, 12 years and older, have been infected.. But have they all been infected through cat litter? Let’s take a closer look.

Toxoplasma can also be found in many animals, not just cats. Any outdoor animal can contract it by eating contaminated raw meat, birds, mice, or soil. However, the difference is that cats are the only species to shed the infectious stage in their feces. 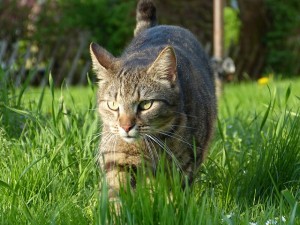 Once infected, cats can shed millions of oocysts (small structures that contain the zygote of the parasite) in their feces for as long as 3 weeks after infection. A Toxoplasma-infected cat that is shedding the parasite in its feces contaminates the litter box. If the cat is allowed outside, it can also contaminate the soil or water in the environment as well. Often humans are exposed to Toxoplasma while gardening due to the contaminated soil in spots where the cat typically defecates.

Now please, don’t panic and of a sudden want to give away your cat. Although the parasite can be found in the cat’s waste, it is extremely unlikely that you will get infected by any other contact with your cat. Simply petting an infected cat or even being bitten or scratched by one should not pass on the disease. The oocysts do not tend to stick to their fur. The cat, while grooming, would generally remove any oocysts on the fur, before they become infective. Interestingly, cats who have been previously exposed and had Toxoplasmosis run its course, are less likely to become infected again as they have then built up an immunity to it that can last up to 6 years.

Even if a non-pregnant human adult did get infected, Toxoplasmosis usually only causes flu-like symptoms and sometimes even has no symptoms. Normally the person would then build up an immunity to the infection to fight it off.

Surprisingly, cats are not the only animal that can infect humans. True cats are the only ones to spread it through their feces, but other animals hold the parasite in their muscle structure. So eating contaminated raw or undercooked meat can be another way that humans can be infected. In fact, in the U.S., this is the most common way.

So now we know the top 3 ways humans can be infected with Toxoplasmosis: 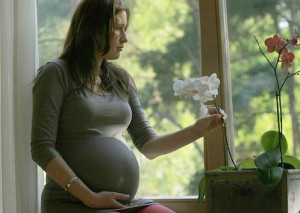 So what affect does this have on a pregnant woman?

If a pregnant woman was to become infected with Toxoplasmosis, the parasite can be passed to the fetus either causing an abortion or severe birth defects such as hydrocephalus, blindness, and mental retardation. Approximately 60% of infected pregnant women will pass the infection to their fetus. It is hard to tell if a pregnant woman has contracted the disease as they most likely will not show symptoms. Diagnosis is generally made through a blood test.

Steps to protect yourself against Toxoplasmosis (especially while pregnant)

Other questions you may have:

Should I have my cat tested for Toxoplasmosis?
There is actually no man-made cure for Toxoplasmosis. Antibiotics are available through your vet, however these will only clear up the symptoms, but not actually kill the parasite. The best way for a cat to rid himself of Toxoplasmosis is to simply build up an immunity to it once he has been infected.

The time to absolutely take your cat to the vet is when you suspect your cat has been infected and is showing certain symptoms, which may mean the cat’s immune system is having a hard time fighting it off.

What are the symptoms that occur in infected cats?

The following symptoms are known to occur in infected cats, and may also be seen in dogs as well as other animals. They can often be mistaken for symptoms of rabies. Younger animals with developing immune systems or those with an impaired immunity are more at risk.

Can I be infected by my dog?
It is true that your dog could eat infected cat stool and therefore be contracted with Toxoplasmosis. However, the good news is that like all non-cat species, the oocysts are stored in the muscle tissue and not the stool. As long as your dog is not a young pup and has a strong immune system, he will build up a tolerance to it and show no signs of distress. It will not spread via bites, scratches, or saliva so your dog can lick you all you want! 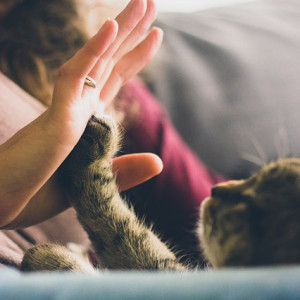 Too many times do we hear about a family giving away their cat because the woman discovers she is pregnant. But just by following the simple precautions listed above, both you, your family, and your unborn child should be safe from any exposure. Let your kitty be by your side and comfort you throughout your pregnancy.

Why Pregnant Women Should Not Clean Litter Boxes
Tagged on: sanitary tips