With the latest outbreak of Canine Influenza taking place right here in our hometown of Asheville, NC, Pet Poo Skiddoo has put together some facts to help pet owners learn more about the virus, and hopefully ease their mind a little about the scare.

What is Canine influenza? 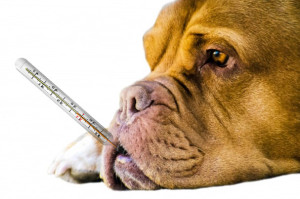 Canine influenza (CI) is best defined as the “dog flu”.  It mimics very similar symptoms to when humans get the flu such as coughing, sneezing, and discharges both in nose and eyes.  And just like the human flu, it is highly contagious.

Most infected dogs will experience the most mild form of the virus, which is a soft cough, slight fever, sneezing, and discharge from nose and mouth.  A small percentage of infected dogs will develop a more severe form of the virus, which can cause high fevers above 104ºF and clinical signs of pneumonia.  This usually happen in young pups or elderly dogs with weakened immune symptoms.  The number of deaths from the CI virus is minimal. 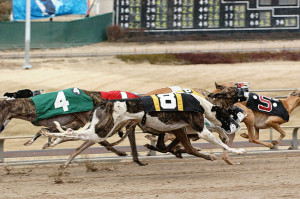 The first recognized outbreak of canine influenza occurred in January 2004.  This was the first strain known as H3N8.  The first reports were from racing greyhounds in 6 different states, then quickly spread to 30 states within the next few years.  Studies proved that the greyhounds who shared the tracks with horses, contracted the virus through manure that infected horses left behind.  Once the greyhounds caught it, it was quickly spread to other breeds.  Luckily in 2009, a vaccine for H3N8 was released to the public.  However in 2006,  reports of a new strain of canine influenza, known as the H3N2, started popping up in Korea, China and Thailand.  It wasn’t until April 2015, that the very first H3N2 outbreak was reported in Chicago, Illinois.

The H3N2 strain has now been confirmed in Illinois, Alabama, California, Georgia, Indiana, Iowa, New York, Massachusetts, Michigan, Minnesota, New Jersey, Texas and Wisconsin, and of course the latest being in North Carolina.

As of May 2015,  Kansas State Veterinary Diagnostic Laboratory who have been researching the virus for years, feel they are closer than ever to the  H3N2 vaccine and are preparing for the next stage of testing on dogs.

Like any virus, dogs are susceptible to catching CI because if they have never been exposed to it before, thus they have never built up an immunity to it.  Even if a dog has contracted CI at some point, after they have recovered, the immunity they formed only typically lasts for two years.  So you have to wonder, why don’t vets just administer the  CI vaccine to every dog in the country?

Of course, if an outbreak in the area does occur, veterinarians are quick to order the vaccine and administer to pet owners that request it.  As with a human flu shot, this doggie flu shot is not required.

If your dog begins to cough or sneeze frequently, you may want to consult your veterinarian. Make sure you warn veterinarians of the symptoms before booking an appointment as the vet office may want to take certain precautions.   Many veterianians in town such as Animal Hospital of North Asheville are asking pet owners to call first as their ill dog will need to be treated in a separate building they have accerss to rather then exposing them to the well doggie patients.  Coughing can be caused by many different medical problems, and your veterinarian can make an  evaluation in order to recommend an appropriate course of treatment. 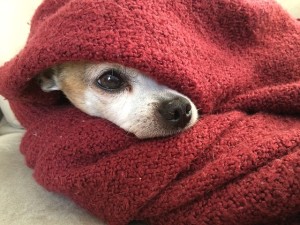 If canine influenza is suspected, just like a human, dogs will most likely recover from the flu in a similar fashion.  Lots of bed rest, good nutrition, and plenty of fluids, and the dog should recover in 10 to 30 days.   If symptoms do persist, the veterinarian might prescribe medication or antibiotic (to relieve symptoms, not cure the virus).   Dehydrated pets may need fluid therapy to restore and maintain hydration.  Rarely hospitalization is ever needed.

Spread to other animals?

At this time, there is no evidence of transmission of H3N8 canine influenza from dogs to horses, cats, ferrets, or other animal species. The H3N2 strain, however, has been reported infect cats and there is some evidence that guinea pigs and ferrets can become infected.

As for humans, there is no evidence of transmission of canine influenza virus from dogs to people. However, because viruses can evolve over time, young children, the elderly, pregnant women, and those with weakened immune symptoms may want to limit their contact with animals that are ill.

How to Avoid Canine influenza

Dog viruses can be potentially spread by saliva, urine, feces, and blood.  So…

It also might be a good idea to avoid daycares and dog parks for a while, ESPECIALLY each your dog is coughing or sneezing. 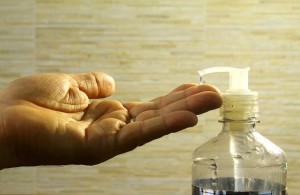 The canine influenza virus appears to be easily killed by common disinfectants.  Hands should be washed after exposure to dogs that show signs of respiratory problems.  Dog bowls should be washed out after every meal.  Those that work with dogs for their occupation may want to wash their clothes on a daily basis.

Dog owners should be aware that any situation that brings dogs together increases the risk of spread of communicable illnesses. Ask the facility if there has ever been an outbreak there before and what is their plan if one was to occur.  An acceptable facility should have a plan in place for isolating dogs that develop respiratory disease and for notifying owners if their dogs have been exposed to dogs with respiratory disease.

Some playcare facilities are taking a more precautionary approach.  At You Work, I’ll Play, a daycare and training facility, the owner Jackie has made it official that she will not be accepting any new clients until the scare is over.

At Play with Sparky

, another daycare location, shut down their day care for a week in order to disinfect their entire facility. 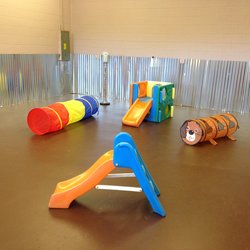 There are still many places that feel confident with their sanitary systems.  Urban Dog Retreat, located on Hendersonville Road, remains open and welcoming any symptom-free dogs.  Their facility features climate-controlled air conditioning as well as strong fans to keep the air from becoming stagnant.  They also have isolation sections as well as an organized procedure for handling a large scale outbreak if one was to occur.

As long as good infection control practices are in place, pet owners should not be overly concerned about putting dogs in training facilities, dog parks, kennels, or other areas frequented by dogs.

This goes for dog grooming, dog walking, dog sitting, and pet waste removal services.  As long as these businesses have proper cleaning and isolation methods in place, their services should still be safe to use.  Pet Poo Skiddoo in Asheville, scoops pet owner’s yards on a weekly basis.  Their procedure is to disinfect any tools they use as well as the shoes they wear each time after a yard clean before moving on to the next house.

In fact, the pooper scooper business has a lot to do with lessening the spread of these viruses.  There are many hidden dangers for our dogs lingering around Asheville…in dog poop!

Owner of Pet Poo Skiddoo, Stephanie Chow, says “Lately I’ve been taking extra doggie bags with me to scoop any dog poop I see while walking my dogs.  Even though no owner is technically responsible for another owner’s dog droppings, it’s important to take action to protect all the dogs in our community.  Learn more about Pet Poo Skiddoo’s yard scooping service here.