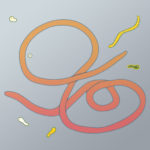 Toxocariasis is an illness found in humans that occurs when they are infected with parasitic roundworms, originating from either the fecal matter of dogs and foxes (Toxocara canis), or cats (Toxocara cati).  Although most people might display symptoms similar to the flu, there are certain instances, where the illness can turn into a more severe form known as Ocular Toxocariasis, that has the potential to cause blindness.

Although Toxocariasis can infect humans, the most common victims are actually children, for two reasons – One being that children have a weaker immune system than adults, and the other being that they are the ones that tend to place their hands on the ground and in the dirt while playing outside.

There’s a lot more bacteria right outside your front door than you would like, particularly if you own a pet.  Dogs especially, since they don’t bury their stool, can leave your yard quite a contagious place if not cleaned properly and scooped on a regular basis. 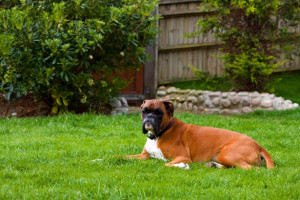 While showing little evidence, parasites can invade your dog’s body, live in his digestive system and produces eggs, which are eventually shed through the feces, contaminating the soil and water sources surrounding it. The eggs become viable embryos after about two to four weeks in the environment, usually in dirt or sand, and survive up to two years due to its high resistance to temperature changes and chemicals. In that time, the embryos can lay up to an alarming 200,000 eggs per day!

A human can accidentally contract the parasite when touching the ground outdoors following an unintentional touch of the face.  The parasite may then enter the mouth, travel down to the intestines, and feed off the host while reproducing. The lesser symptoms this causes may be flu-like such as coughing, fever, headaches, stomachaches, and diarrhea.  Others may have harsher experiences such as migraines, joint pain, and asthma attacks.  The body’s responses to the infection is heavily related to their immune system, hypersensitivity to allergens, and the amount of eggs that were ingested.

Toxocariasis has been reported in many places around the world.

In the U.K., Toxocariasis causes partial blindness in around 50 children per year, while in America, Ocular Toxocariasis was discovered in 68 cases within one year, and an estimated 70% resulted in blindness.

The average age of the affected is 8½, and the locations are spread out across the country.

The number of infected become much higher in other parts of the world, such as Colombia, where an unbelievable 81% of children have been infected, possibly due to the lack of veterinary care and the number of stray dogs that reside there. 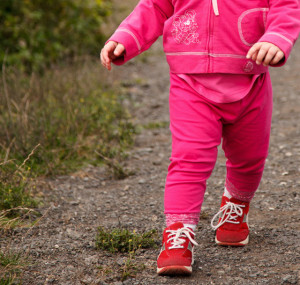 London 2010 – Amiee Langdom, a two-year-old toddler was enjoying a day out at a gated children’s park when suddenly she slipped and fell into a pile of dog feces.  Before her mother could retrieve a wipe from her purse to clean her daughter’s face, Amiee wiped her own eye in an effort to remove the unpleasant substance from her face.  Although Amiee did not have any immediate reactions to the incident, the very next morning Amiee woke up screaming in pain.  Her eye had turned purple and swollen shut literally overnight, she was quickly rushed to the hospital.  The doctors found that she had contracted Toxocariasis and that the parasitic worms from the dog feces had crawled up to her eye.  She was promptly given antibiotics, but even with such rapid action, Amiee was left with scratches on her cornea causing her to be 75% blind in her left eye.  All of this was because a dog owner did not pick up after his dog.

Amiee and her family decided to rise up from their horrific experience and join up with Britain’s “Keep Britain Tidy Campaign.”  The campaign covers many subjects promoting a clean and safe environment such as “Bin it for good”, “Break the bad habit”, and its new pet waste removal campaign, “There is no poo fairy” , represented by Amiee herself.  She can be found on many billboards and posters, showing her severe eye injury in an effort to educate dog owners of the importance of cleaning up after their pets.

Although Amiee’s symptoms were evident and occurred shortly after having contact with dog waste, this is not always the case.  In fact, it can take years for a parasite to make itself known.

Millie Knight, for example, first contracted Toxocariasis around the age of one, and yet she didn’t fully experience the consequential effects until she turned six years old.  It’s hard to keep a one-year-old’s hands clean and dirt-free – and for Millie, this was no exception.  While playing outside, and unbeknownst to her parents, she had accidentally ingested a parasite that stemmed from nearby lingering animal waste. The infection remained dormant in her body for five years until one day she noticed a subtle decrease in eye strength.  Within the next three week period, Millie lost most of her sight in her left eye.  In a similar conclusion to Amiee’s story, Millie was put on strong antibiotics, but still lost a great deal of vision due to scarring, and now her left eye is classified as a B2 in disability terms, meaning midway between visually impaired and completely blind.

Its sad that we have to have tragic stories like these to get our attention.  Unfortunately, there is no vaccination in existence or in development that can be given to young children to prevent another similar situation.  The number one thing we can do is to pick up after our dogs – remove the waste before the eggs become invasive zygotes.  It is also important that we take our pups to the veterinarian for their yearly checkup to test for worms, as well as administer both flea and heartworm medication all year round.  If your dog has long hair, make sure to brush it and wash it often, while checking for any fecal matter that could have gotten stuck to it, especially around their buttocks.  As for when you are with your kids, be extra careful when walking through public parks, have antibacterial wipes on hand, and make sure any sandboxes are covered when not in use.

This article is not intended to make you scared of your dog.  Although Toxocariasis can potentially have serious consequences, it is rare.  A scooped yard, is a safer yard for you and your family.