Dog poop attracts rats because they like to eat it,  plain and simple. 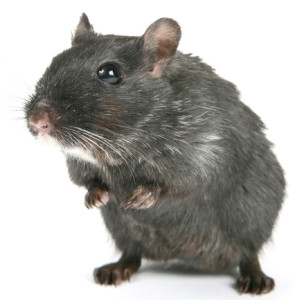 In fact, dog poop is said to be the number one food source for rats in developed areas.  Although dog poop contains a lot of toxins and infectious bacteria that can make humans very ill, it also contains fats, proteins, carbohydrates, and minerals that can be ingested safely by certain animals, including rats.  So if they smell it in your yard, that’s where they are headed.

Well how far away can rats smell?
Rats actually have just as strong and in some cases a better sense of smell than dogs and are often used in police work to detect certain objects. Rats will often depend on their sense of smell to tell if something is edible or not.

But I haven’t spotted any.
A lot of times you won’t see them during the day because rodents tend to only come out at night.   Plus most of the rat population roam more populated areas such as large cities where restaurants and shops will leave their trash bags uncovered on the streets instead of placing them in containers sealed with a lid.   So why are we seeing more reports of rat problems in suburban areas?  One theory is that there is an increase in the number of pets owned, which means an increase in the amount of pet waste which in turn is attracting more rodents.

Why are rats a bad thing?

Rats are under the ‘pest’ category for a reason as they multiply quickly and can spread life threatening diseases as well as cause structural damage to your home.

Rats have also been known to spread the following diseases:

When infected, these diseases can range from causing flu-like symptoms to more serious, life-threatening complications.

Your home is at risk
Rats have been known to cause major structural damage to residential/commercial properties.  Perhaps a more alarming fact is the idea that rats can enter structures through openings as small as a quarter.  Once inside, the rats can live in your walls, cabinetry, subflooring, and crawl spaces.  where they can begin chewing on woodwork, gas and water pipes, and electrical wiring, which can potentially lead to a fire.

Some of the worst rat infestations have involved yards where dog feces is present.

Nervous you might already have rats living with you?  Look for “rat holes,” in your walls and floors.  They are typically 3 to 4.5 inches in diameter.  You can also search for “rubs”, a greasy looking spot, where the rat’s fur rubs up against a surface.  Lastly keep on the look-out for droppings (looks like raisins), and take note of any food inexplicably going missing.

How can I avoid getting rats?!?

Rats are like most species, they seek shelter and food on a daily basis.  So if you block off entry to your home and remove the food (including dog feces), they WILL leave.

Rats aren’t the only problem…they bring the snakes 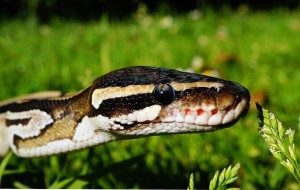 Snakes are purely carnivorous animals that feast on a variety of rodents but prefer rats due to their abundance and their small bodies that can be swallowed easily with little work.  Like rats, snakes have a strong sense of smell as well, but with their tongues.  Snakes also have the ability to sense the movement of small rodents by feeling the vibrations on the ground.  On a given day, a snake may be able to sense a rat from hundreds of yards away.  So if you have a rat problem, inevitably, you will have a snake problem.

Luckily, most snakes in North Carolina are non-harmful, but the problem is that it’s hard to identify what is a venomous snake by the untrained eye. Of the thirty seven different species that inhabit our mountains, only six are venomous.  Of those six, the two most common venomous snakes are rattlesnakes and copperheads.

Learn more about how to identify poisonous snakes

If you do happen to spot a snake in your yard, it’s important to avoid it at all costs and they will hopefully eventually leave.  But of course if you can prevent rodents from entering your yard, you are less likely to have snakes bothering you too.

Don’t forget about the bugs! 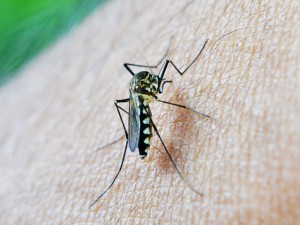 For many types of insects, dog waste is an excellent source of dense nutritional content. Insects will either ingest it themselves or deposit their eggs in the poop so that the larvae has a warm moist area to grow while feeding on the nourishing contents of the waste.

Ticks and mosquitoes are very attracted to dog waste and can also be quite dangerous. They can contain several diseases including  Lyme disease or Rocky Mountain spotted fever (from ticks) or West Nile virus (from mosquitoes), Other insects, such as flies, may be harmless but still unwanted in or near your home. Yellowjackets and hornets who may not necessarily be interested in the poop, will be very interested in those flies swarming around it.

The best action is to not wait for an infestation to occur, but instead take the necessary precautions to prevent rats, snakes, and unwanted insects from entering your yard. Its so important to keep everyone’s yard clean to keep the community safe.  Don’t have enough time to deal with the waste? Maybe consider hiring a local pet waste removal service to deal with it for you.

Is Dog Poop Causing Your Rodent Problem?
Tagged on: environment