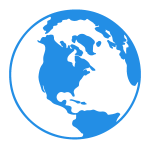 “Anthropocene” is a coined term referring to the human impact on our planet. Thousands of studies have been done to measure the level of Anthropocene and what we can do to lessen it. But this study opened our minds to the fact that our pets can have a heavy impact on our environment as well…. and unexpectedly, its in the air.

Researchers have known for centuries that the air we breathe is full of bacteria, however, the specific types of bacteria that are airborne have rarely been studied until recently. In 2007, a researching team at the University of Colorado at Boulder decided to advance our nation’s knowledge of its air contaminants.

The team conducted a study across four midwestern cities: Chicago, Cleveland, Detroit, and Mayville, Wisconsin. Two sets of data were taken from the air 12 feet off the ground in each location. One hundred local air samples were collected in the summer, and then again in the winter.

Upon examination of the collected samples, common bacteria was found that originated from soil, dust, leaves, lakes, and oceans, humans, and farm animals. But what was unexpected and turned out to shock the researchers was that 10-50% of the bacteria revealed seem to derive from dog feces. 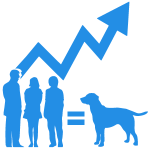 In the past, dogs were never really seen to be a threat to our environment and certainly their droppings were never thought of as an environmental pollutant. But with the human population increasing, hence the increase of dog owners, the dog population in the U.S. has risen to becoming 37% of the human population – that’s about one dog for every three people… an estimated 83 million pet dogs! In just one year, those dogs will output 10.6 million tons of dog poop into our yards. When you take that much waste plus whatever our 90 million cats output, it can fill 5,000 football fields every year! So its really not that surprising that bacteria from the fecal matter would lead into our air at some point. What’s more alarming is the fact that just one gram of dog poop can contain more than 23 million bacteria, some of which can carry a multitude of viruses, including harmful pathogens like e coli, giardia and salmonella that can severely afflict humans, plants, and animals.

Have allergies and blame it on the pollen? You might want to blame it on your dog’s poop. 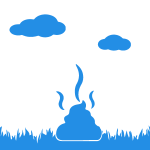 Some may blame the irresponsible dog walkers that don’t pick up after their pups. This can certainly be a factor that needs to be addressed as something like only 60% of dog owners in the U.S. pick up after their pets, but it is our belief that even less of a percentage keep their yard clean and scooped. Leaving dog poop in your backyard can be just as dangerous to the environment as leaving it in the park if not more since you and family are more exposed to it on a daily basis.

Interestingly, the study shows that higher amounts of fecal matter were found during the winter season. The team suggests that because the snow covers the ground in the winter, the proportion of airborne bacteria from leaf surfaces, soil and dust goes down, thus allowing the fecal bacteria to makeup the difference.

Another interesting discovery was the difference in levels of fecal matter among the tested cities.

We found unexpectedly high bacterial diversity in all of our samples, but to our surprise the airborne bacterial communities of Detroit and Cleveland most closely resembled those communities found in dog poop.  This suggests that dog poop may be a potential source of bacteria to the atmosphere at these locations.

-Robert Bowers, a graduate student in CU-Boulder’s ecology and evolutionary biology department and the CU-headquartered Cooperative Institute for Research in Environmental Sciences

While the first 3 cities have over 2 million inhabitants, Mayville is only home to about 6,000 people and has considerably less pets, which most likely is the explanation for its low fecal count in its air. Detroit was found to have the most fecal-saturated air. Although Detroit is of similar size to Chicago and Cleveland, Detroit is also known to have a much higher number of stray dogs. (an estimated 10,000).

Final results? Even though this initial study was only conducted in 4 cities, a strong suggestion can be made that where there is more pets, there is more pet poop, therefore more pet poop bacteria within that area. Pet owners need to be aware that scoopin’ up poop both on walks and in your yard is not just to be keep the environment aesthetically pleasing, but healthy as well. Want to read more about the study? The team reported its findings and published the study in Applied and Environmental Microbiology in July 29th 2011.

The researcher team intends to expand their studies to other cities to try to better understand the long-lasting effects of the poop-related bacteria in the air. Their findings will hopefully help our country better understand how pet waste affects the air we breathe, and perhaps support future implementations of appropriate pet waste removal systems across the states. As we aim to make our world more green, proper systems for pet waste removal must be factored into the equation. 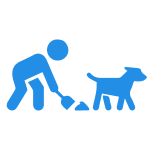 What can you do today? Go out and scoop your yard, pick up after your dog on walks and remember to bag it and trash it. The less the bacteria in the poop has time to linger into our atmosphere, the better.

Don’t have time? Don’t have the physical ability? Or simply don’t have a strong enough stomach? Contact Pet Poo Skiddoo, offering pet waste removal services in Asheville, NC. Our poop scooping service can clean the air you breathe. We strive to keep the environment around your house clean and free from bacteria-full pet poop. We can scoop your yard on a weekly, biweekly or monthly basis. Contact Pet Poo Skiddoo today at 828.668.2055

The Air You Breathe Is Laced With Dog Poop Bacteria

Poop scooping service can clean the air you breathe
Tagged on: environment