Ever knock on wood? Cross your fingers? Pick up a penny hoping for good luck?

Superstitions have been in existence for centuries across the globe throughout different countries and cultures – some created out of seemingly supernatural occurrences, other times fabricated to invoke people to live a certain way. But when these urban legends are passed down from generation to generation, similar to a child’s game of “telephone”, the stories are altered a bit over time – in fact, people in modern times don’t even know where most of these myths originated from. Some of the strangest superstitions that we’ve come across include our beloved four-legged canines.

Here’s our top 5 dog superstitions and our best guess at how each of these unusual beliefs came to be. 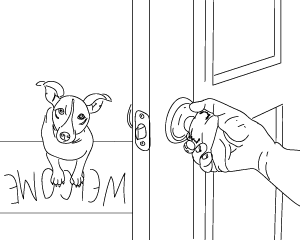 1. Meet a stray dog and get good luck

First we’re heading off to Scotland where dogs are seen as bringing good karma and serendipity… and rightfully so. Throughout their country’s history, dogs have been given the utmost respect, often portrayed as the symbol of loyalty and companionship – this can be seen throughout their art and decor.

Nowadays this strong appreciation for dogs is still going strong. The Scottish believe that if a stray (or a dog that does not belong to you) follows you home, you are granted with good luck – even more if it’s a black dog. If the dog then enters your house, it’s a sign of new friendship to come, one that will be faithful, sincere and caring. Just don’t let the dog follow you on a rainy day, could do the opposite and bring you bad luck.

Oddly enough, there is a version of the grim reaper in Scottish folklore – but in dog form. Known as Cù Sìth, this feared four-legged being would be the one to carry lost souls into the afterlife. Besides this one exception, dogs are generally viewed in a very loving way. 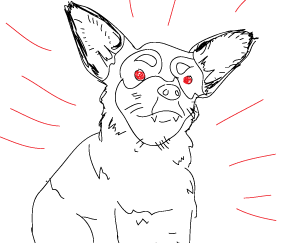 If you own a dog, I’m sure at one point or another you’ve had that creepy experience where your dog is barking or growling at something that you can’t see – perhaps an open doorway, an empty stairwell, or an unoccupied corner in your home. Your first thought may be, does my dog see a ghost? Well it turns out that dogs have been reported to have important connections with to the afterlife throughout history… eeriely in many different parts of the world that had no way of communicating with each other at the time.

The Greeks believed that dogs had the ability to perceive the presence of Hecate, the goddess of darkness and terror and will bark upon her detection in order to warn any humans nearby.

Much of the Native American culture has always believed dogs are closely involved in the life and death of man and that their howling is their way of communicating what’s to come. They believe that if a dog howls, especially at night, a death has happened nearby or will happen soon. If a dog howls outside of a sick person’s house, it is foreshadowing that person’s inevitable death. Once a person has passed, a dog is responsible to lead the soul to the other side. The dog or dog’’s howling is never seen as a negative thing – the death is something the dog can sense, but not control.

Here are a few more tales of dogs involved in the supernatural:

So are these ancient fables the reason why so many people believed their dogs have paranormal powers? Or is it just the fact that it’s just so creepy when your dog seems to be barking and howling at nothing! 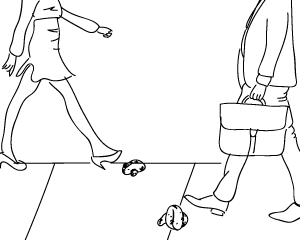 This one is a more light-hearted, humorous myth found in French tradition. This superstition states that if you step in dog poop with your left foot, you’ll receive good luck, but when stepping with your right, bad luck will come.

This myth is so widespread that there are several places in Paris where you can purchase a prank souvenir cup filled with “lucky dog poop” (a plastic replica of course).
When looking a little closer at Parisian culture, one might easily conclude how this “old wives’ tale” came into fruition. Here in America, it is quite embedded in our minds that you should pick up after your dog. When we go to walk our dog, we always make sure to bring a doggie bag along. In Paris, this is a different story, in truth their sidewalks are known to be some of the filthiest in the world. For some reason the pick-up trend never caught on and it is still socially acceptable to leave your dog’s poop on the ground. Most dog parks do not contain poop bag stations, and they lack in pet waste removal signs, reminding dog owners to keep the environment clean.
It is fathomable that stepping in dog poop for good or bad fortune could have been made up as a joke or perhaps to minimize just how bad their dog poop situation is. 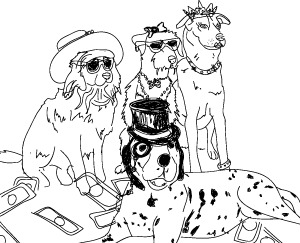 In England there is also a belief of dogs bringing good luck, but this time in a more financial sense. The English believe that if you meet a spotted dog, especially a dalmatian, on your way to a business meeting, it’s a sign of a successful outcome. It is also believed that if you see three white dogs together, you are soon to come into a high financial gain.

We were unable to find any evidence of where these two superstitions stemmed from, but we did come up with a theory – Pure white dogs and dalmatians are rare breeds and perhaps coming upon such a rare view gives an initial feeling similar to one winning the lottery or finding some money on the ground. You feel special for finding it.
Another possible reason could be derived from old British Folklore – There was a certain type of black dog, large in size with glowing eyes, said to be nocturnal apparitions, often associated with the Devil or Hellhounds. Perhaps since pure white and spotted dogs are the opposite of this black, demon-looking dog, and therefore were grouped into the more heavenly, lively, and giving category. 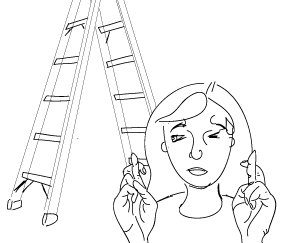 5. Walked under a ladder? Find a dog!

We’ve all heard walking under a ladder can bring bad luck, but did you know a dog can help undo the curse?

There are several theories on how the original ladder superstition started…

Many Christians believe it relates to the Holy Trinity in their religion. An open ladder creates three points representing the Father (God), the Son (Jesus) and the Holy Ghost (the spirit of Jesus). So when someone walks under the ladder it creates a fourth point – this was believed to cause an opening where the devil could come through. In earlier times, one may believe that you were a witch to perform such an act.

Another possibility dates back to medieval times when a person would still be hung for their crimes. Ladders would often be placed at the gallows for the criminal and executioner would walk up. That alone gave ladders a more grim purpose and people began associating it will death. This could of then morphed into a belief that anyone who walked under a ladder would be cursed to later face a death by hanging.

Lastly, semi-joking, the story could have been created by painters and window washers who simply didn’t want to get knocked off their ladders while working.
So where do the dogs come in? Well it is a widely accepted (mythical) rule that if a person does walk under a ladder and receives bad luck, they can actually reverse their misfortune by immediately crossing their fingers and not uncrossing them until they see a dog. We are not completely sure of this reasoning, but it could go back to the global idea that dogs are our protector of evil spirits and demonic forces, and perhaps they are the ones that can scare off any malevolent being or jinx that might have latched onto you.